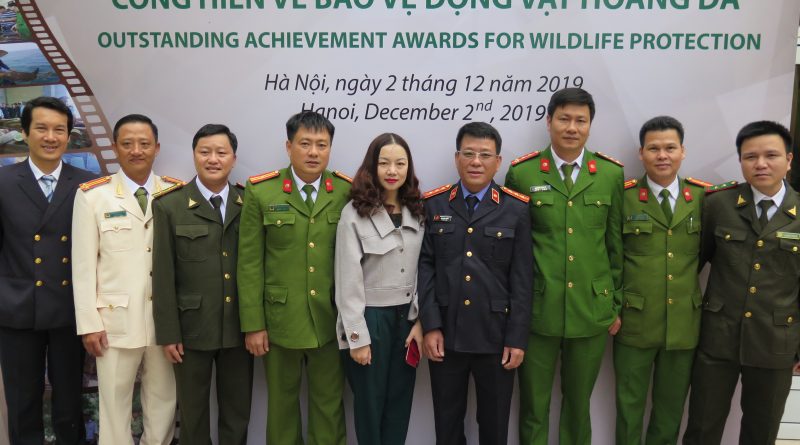 ENV’s third Outstanding Achievement Awards for Wildlife Protection, being held tonight at Hanoi’s Sofitel Legend Metropole Hotel, will see awards in five categories presented to winners deemed to have made important contributions to the protection of Vietnam’s wildlife.

Ms. Ha Bui, Head of Policy and Legal Services at ENV, said: “Today’s award ceremony recognizes that law enforcement agencies and Vietnam’s justice system play a crucial role not only in applying the law, but also in creating suitable deterrence for would-be wildlife criminals. The award winners have been carefully selected for their exemplary actions in protecting Vietnam’s precious biodiversity. The winners truly are shining examples of best practice and role-models for their colleagues across Vietnam to emulate.”

The categories and winners are:

Outstanding Judge Award for a judge who issued verdict(s) that have been shown to have positively impacted the judiciary system and strengthened the protection of wildlife: Winner – Ngô Đức Thụ, Tan Binh District Court

Outstanding Prosecutor Award for a prosecutor who has made a significant contribution in efforts to prosecute wildlife traffickers resulting in verdict(s) that have positively impacted the judiciary system and strengthened the protection of wildlife: Winner – Hứa Ngọc Thông, Dien Bien Town Procuracy

Kingpin Award which is presented to an individual or group of individuals (from multiple agencies) who, through their combined efforts, have had the greatest impact on efforts to target, investigate, arrest, prosecute, and imprison the leadership of a criminal network, and in doing so, have had the greatest impact overall on the protection of critically endangered wildlife globally: Winner – People’s Court of Khanh Hoa Province

Forty award nominations from across Vietnam were submitted earlier this year and reviewed by a judging panel including representatives from the Biodiversity Conservation Agency, CITES Management Authority, USAID Saving Species, TRAFFIC Vietnam, the US Embassy, the German Embassy, and senior ENV staff. 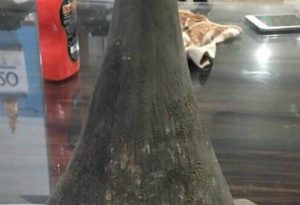 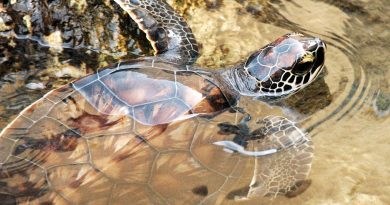 Sea turtles up against the odds