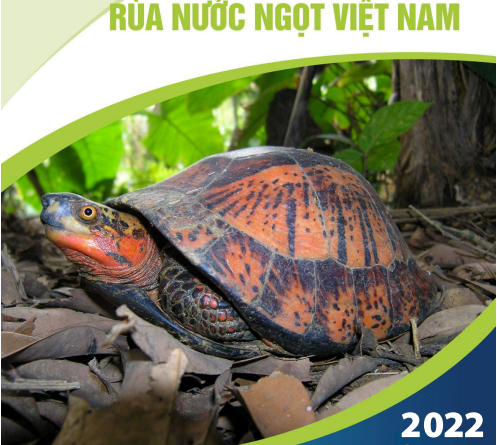 Education for Nature – Vietnam (ENV) and long-time partner, the Asian Turtle Program (ATP), printed and released 1,500 copies of the 2022 Vietnam Tortoise and Freshwater Turtle Identification Book. In light of the ongoing and serious level of illegal turtle and tortoise trade in Vietnam, this key resource provides guidance to authorities and rescue centers in distinguishing between the 26 tortoise and freshwater turtles species native to Vietnam, helping ensure appropriate care, facility placement, and habitat release, as well as providing guidance on the law and punishment for turtle trafficking.

Turtles are illegally caught and sold in Vietnam to meet demand for the pet trade, Buddhist ‘release’ practices, specialty dishes at restaurants, and assorted products. Many turtles are also caught in Vietnam or smuggled into Vietnam, and then shipped to meet demand for turtles in China. When turtles are confiscated from street sellers, traffickers, and other wildlife criminals, it is vital that the species is correctly identified to ensure the law is correctly applied based on the species, and that the turtles are handled based on their ecological needs prior to transfer to a rescue center or release.

“The trafficking of turtles in Vietnam remains a serious concern,” says Bui Thi Ha, ENV Director Of Law And Policy. “Prior to the onset of Covid-19, tonnes of animals were being smuggled into Vietnam from Laos and Cambodia, with many laundered through licensed commercial wildlife farms before being shipped north and smuggled across the border into China.”

“The laws protecting these species are in place, but unfortunately, nearly all of Vietnam’s native turtle species are headed for extinction in the wild. It is our expectation that through collaboration with law enforcement, the mobilization of decision makers, as well as the support of the public, we can reverse this trend to ward off extinction and see that our native turtles remain a part of our future.”

Since 2018, ENV’s Wildlife Crime Unit has logged more than 1,894 cases comprised of 2,644 individual violations involving tortoises and freshwater turtles, as well as documented and tracked 475 seizures amounting to more than 3,500 individual turtles. In 2021 alone, 79 seizures comprised of 1,071 of live turtles, including many rare and endangered species. There were also a number of important prosecutions in 2021 and 2022 involving seizures of turtles where the courts handed down stiff sentences ranging from nine months to 10.5 years in prison for turtle trafficking – a promising record, and a valuable indicator of progress that will help deter others from engaging in turtle trafficking.

In aid of strengthening and simplifying enforcement of the law, as well as to ensure the correct handling of all confiscated species, the Tortoise and Freshwater Turtle Identification Guide 2022 has been distributed to numerous governmental, academic, and wildlife facilities, including the Department of Agriculture and Rural Development (DARD), Forest Protection Departments (FPD), the Department of Natural Resources and the Environment, legal departments, Environment Police, national parks, key universities, and wildlife rescue centers in all 63 provinces of Vietnam. In addition to the online version, further requests for printed copies can be made to ENV or the Asian Turtle Program.

ENV and the Asian Turtle Program extend our thanks to the Cleveland Metroparks Zoo for supporting the development and release of this identification resource. 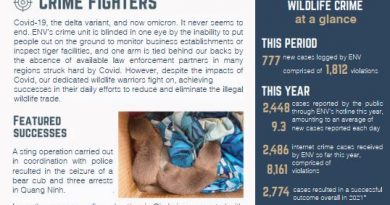 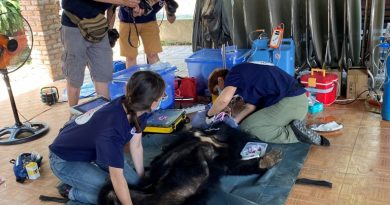 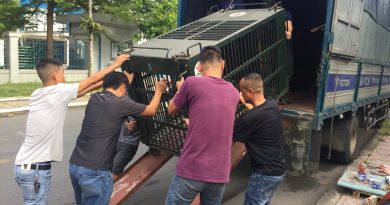