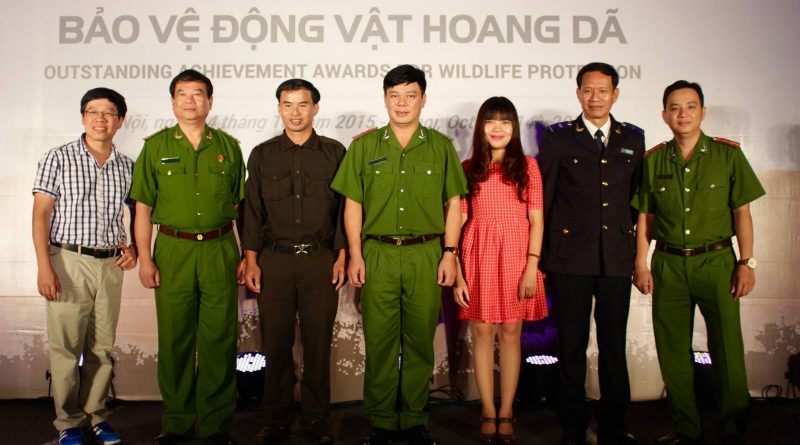 At the end of 2019, Education for Nature – Vietnam (ENV) will host Vietnam’s third Outstanding Achievement Awards for Wildlife Protection event in Hanoi.

The awards provide an ideal opportunity to recognize and honor those representatives of law enforcement agencies, the courts and procuracies, as well as some of the agencies they work for that have made important contributions to the protection of Vietnam’s wildlife.

Nominations may be submitted by anyone including the nominees themselves. The judging panel will include representatives from some relevant government agencies, foreign embassies and from within the conservation community.

1. Outstanding Enforcement Officer Award: Up to three awards will be given to professionals from law enforcement agencies that directly handle cases involving enforcement of wildlife protection laws or regulations. Suggested nominees may include Environmental Police officers, Forest Rangers from provincial and protected area enforcement teams, Customs officers, border police, Fisheries officers, and other members of the law enforcement community with a proven track record in protecting wildlife.

2. Outstanding Judge Award: One award will be given to a judge who issued verdict(s) have shown to have positively impacted the judiciary system, and strengthen the protection of wildlife.

3. Outstanding Prosecutor Award: One award will be given to a prosecutor who has made a significant contribution in efforts to prosecute wildlife traffickers resulting in verdict(s) that have positively impacted the judiciary system, and strengthen the protection of wildlife.

4. Outstanding Agency Award: Up to three awards will be given to government agencies (including Courts, Procuracies, Police Departments, FPDs, Customs or Fisheries Departments) which have contributed substantially through their efforts to strengthening wildlife protection in Vietnam.

5. Kingpin Award: This award will be given to an individual or group of individuals (from multiple agencies) that through their combined efforts, have had the greatest impact on efforts to target, investigate, arrest, prosecute, and imprison the leadership of a criminal network, and in doing so, have had the greatest impact overall on the protection of critically endangered wildlife globally.

The nomination process will begin on March 1, 2019.

Nominations may be submitted by anyone, including the nominee themselves. The process for submitting a nomination is as follows:

• Step 1: Review the criteria at the end of this document
• Step 2: Complete the application form
• Step 3: Submit the nomination by post or email

Completed nominations should be sent directly by email or post to

Nomination deadline: The deadline for nominations is April 29 2019 after which no new nominations will be accepted.

Nomination review process
Selection will be based on the highest standards of performance. The winning candidates will be selected competitively based on the following process:

• Initial screening
ENV and representatives of the panel of judges will conduct a review of all nominations and produce a short-list comprised of candidates who meet the required criteria.

• Review by judging panel
A panel of judges will review short-listed nominations and associated materials and select winners based on a majority vote for each category. 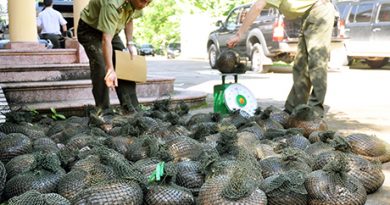 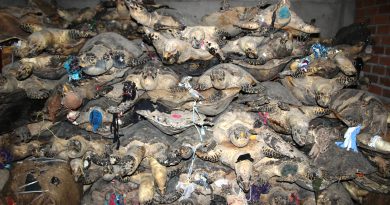 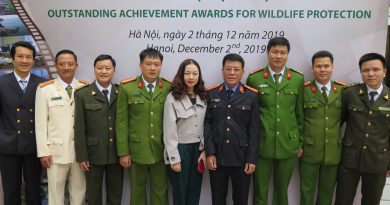